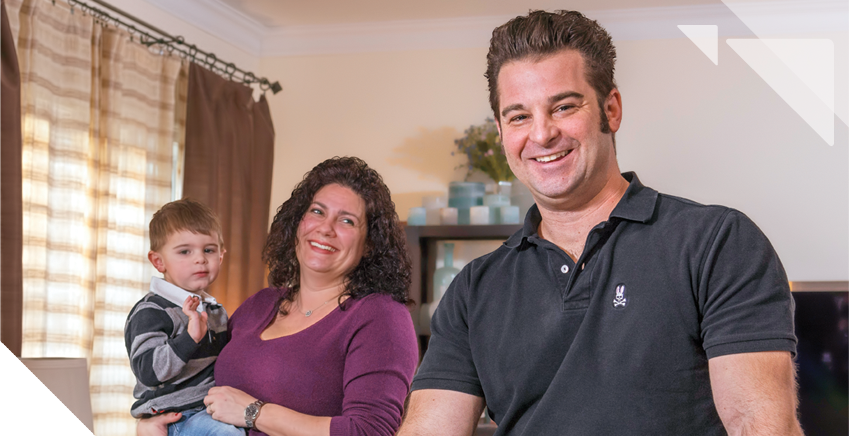 Mike was just 38, active and athletic. He thought the pain in his chest was just muscle strain from a weight-lifting session. “I’ll be fine,” he said.

His wife, Leigh, had to convince him to go to the emergency room, “to let the professionals tell us you’re fine.” So Leigh drove him from their home in Center Moriches to Peconic Bay Medical Center’s Emergency Department. It took less than half an hour, and Mike was already feeling worse.

Within minutes of their arrival, an EKG test revealed that Mike’s condition was a lot more serious than “muscle strain,” and Mike was wheeled a short distance to the medical center’s Cardiac Cath Lab, where a catheterization process revealed a dangerous blockage of his left anterior descending (LAD) artery... the most critical coronary artery.

Using the catheter as a life-saving tool, the cardiologist re-opened the artery and inserted two stents to keep it open. Mike’s pain was gone, and his heart “episode” had a happy ending. Mike had his heart “episode” on a Thursday, and he was back home on Saturday, feeling fine for real.

“From the moment I arrived, I knew I was in excellent hands.”

“I can’t say enough about everyone at the hospital,” said Mike. “They were all so caring, considerate. Not just the nurses and the doctors, but everyone on staff.”

Thanks to the Cardiac Cath Lab at Peconic Bay Medical Center, Mike can look forward to many more years of surfing, weight-lifting, and being a father to his son.