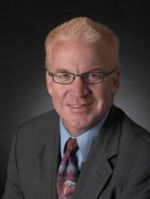 RIVERHEAD, NY – Peconic Bay Medical Center is pleased to announce that its Chief Financial Officer, Michael F. O’Donnell, is the recipient of the 2013 Transformation Agent Award at the annual CFO of the Year Awards hosted by Long Island Business News.  Mr. O’Donnell is being recognized by the Long Island Business News for his success and many accomplishments within his organization along with his leadershipin the field of financial officers.

The Transformation Agent Award recognizes particularly tough assignments, dedication and hard work of the financial professional of a public or private company or organization that has contributed to a significant transaction, transformation or turnaround such as recapitalization, restructuring, acquisition, divestiture or IPO.

A Philadelphia native, Mr. O’Donnell received his Bachelor of Arts in Accounting from DeSales University and a Master of Arts from Drexel University.  He then found his way to Long Island upon graduation for college when he worked for KPMG servicing health care clients. This career path led to O’Donnell’s initial contact with Peconic Bay Medical Center (PBMC), formerly and at the time, Central Suffolk Hospital.

For the past 20 years O’Donnell has been CFO of PBMC and has played a key role in the total organizational turnaround and transformation of the $170 million not-for-profit healthcare enterprise.

In 2001 O’Donnell steered PBMC clear of organizational bankruptcy and eliminated an ongoing audit concern in one year by expertly implementing a management overhaul and a new Legacy Financial system install.  Subsequently, in 2006 he navigated a highly complex $50 million bond financing that allowed PBMC to invest in much needed new facilities and expand services that resulted in the largest overall expansion in the hospital’s history; the most notable accomplishment that resulted from this financing was the establishment of the Kanas Center for Advanced Surgery.

The economic recession that began in 2008 continued to press against revenue constraints, and strengthening the financial position of the hospital remained an important management task. By 2012, through O’Donnell’s leadership, PBMC carefully selected a new bank partner that enabled an affordable financing and refinancing of the healthcare facility. Then in 2013 PBMC redesigned the organizational structure and identified actions to reduce the budget by $5 million and implement measures to help control expenses. Concurrently, the hospital pursued an aggressive growth strategy through expanding services and patient care flows making PBMC a destination hospital, which is evidenced by the recent opening of The Gertrude and Louis Feil Campus for Ambulatory Care in Manorville. With the combination of proactive growth strategies, aggressive negotiations and O’Donnell’s financial acumen, PBMC was able to double its revenue in the seven-year period, from 2006-2012.

In addition to his responsibilities at PBMC, O’Donnell has served as the chief negotiator for the East End Health Alliance since its inception.  As part of his role, he negotiated the managed care contracting and negotiated critical rate increases necessary to sustain the viability of the three East End member hospitals.

Andrew J. Mitchell, President and CEO of Peconic Bay Medical Center said, “Mike and I have worked together for more than a decade.  During that time, we have grown from a community hospital into a vibrant health system because of Mike’s fiscal responsibility, persistence and vision.  In the beginning, times were tough, and without Mike’s resolve to come up with creative solutions to problems, we would not be where we are today as an organization.  On behalf of the entire Senior Leadership team, we wish to congratulate Mike and are thrilled that he is being acknowledged for his hard work and dedication."

O’Donnell attributes his success to hard work, experience and the support he receives at home and at the office.  He said, “My family, especially my wife, Elaine, and three children, Meghan, Michael and Colin, have always been there to support and council me throughout my career.  Elaine, a registered nurse, has been my biggest supporter and sounding board. Her presence has enabled me to view my responsibilities from the viewpoint of a patient, nurse and executive.  This perspective has taught me balance between ensuring a sound financial footing while also meeting the needs of our community.   I would be remise if I also did not recognize the collaborative efforts and team effectiveness of my fellow management team members, including Andy Mitchell, President and CEO, along with Cheryl Makoske, Vice President of Finance at PBMC.  I cannot thank them enough for their support.”